It was a pretty uneventful day when it comes to travel. I had a 6.5 hour flight to Amsterdam, a 2 hour lay over and then a 7.5 hour flight to Rwanda. When I arrived in Rwanda I stayed on the plane while other passengers got off and on the plane. Then it was just a short 30 min flight into Entebbe, Uganda.

Upon arrival there was the normal customs and immigration as well as an additional PCR test requirement. Overall it took about an hour to go through the process and get my bags. My personal bag as well as all my donation bags successfully made it to my final destination.

I was picked up by a private taxi and had a short drive to the Executive Director (Hope) house who I will be staying with for at least a portion of the time. She lives in Namulanda which is about 35 mins west of Kampala.

They do drive on the left side of the road and while there was very little traffic at midnight it was still interesting to see their lack of traffic laws. 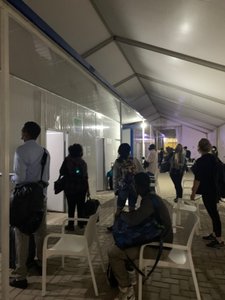 Hope has an 11 year old son who was just allowed to go back to boarding school after all of the COVID shut downs so I have his room. I will share more pictures of her home, but I have a few attached for now.

Hope made me a nice snack of pasta and a fried egg. Just enough to have something before I should be going to bed. I hope that writing this will help me relax and get ready for at least a few hours of rest.

Hope told me a little more about their country while I ate. She confirmed that their “President” is really just a dictator and has been President since the 1980s. He is in his 80s and plans for his son to be President after him. There was an election earlier this year, but of course President Museveni deemed himself the winner and put his opponent under house arrest. Hope said the bulk of tax payers money goes toward the Army and the position of power that President Museveni has appointed.

At one point Hope shared an example of average wages in Uganda for some common jobs: 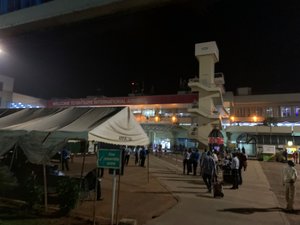 I am still working on getting pictures to upload to my post so I will have some to come!

I Made It ! | Travel Blog on afric.info