Reggae Boy Lawrence yet to confirm for Cameroon | Sports 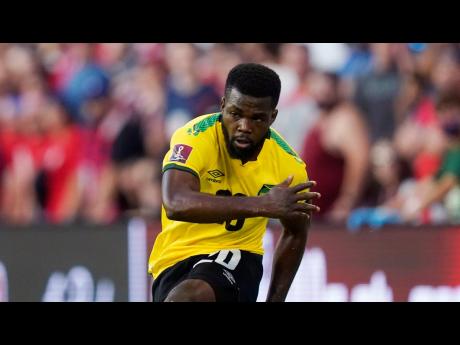 National defender Kemar Lawrence’s return to the Reggae Boyz under new coach Heimir Hallgrimsson is still to be determined although being named yesterday in the squad to face Cameroon on Wednesday.

Lawrence, who plays in the Major League Soccer (MLS) for Minnesota United, last international for the Reggae Boyz was in January in their 3-2 loss to Panama.

Reggae Boyz manager Roy Simpson, yesterday, indicated that the hard-tackling defender was yet to confirm his availability for the Cameroon fixture, despite being named.

His inclusion would make him the most experienced player in the group, being 30 years old with 74 international appearances.

The majority of the squad is locally based with call-ups for Mount Pleasant United’s Alwanye Harvey, Trivante Stewart; Dundeholden’s Peter McGregor and Lawrence’s club teammate Justin McMaster for the game that will serve as Cameroon’s send-off before they depart for the World Cup, which begins on November 20 in Qatar.

The game, which is being played outside of the FIFA international window, is set to be Jamaica’s final game of the calendar year.

Have COVID-19 questions? Talk with our Virtual Assistant.