The minister of youth and sports has big plans, and he talks a good game too. In Ashraf Sobhy’s mind, Egypt belongs in only one place – the very pinnacle of international sports.

“We are able to host any global sporting event,” the 53-year-old said in early January when he announced Egypt’s intention to launch an official bid to 2036 Summer Olympic Games.

According to Egyptian professor Said Sadek, the sports minister’s announcement was much more than just a lot of hot air.

“This is not just media advertising, there is a real will behind it,” Sadek, who teaches political sociology at the American University in Cairo, told DW.

He added that playing into these plans, is the fact that Egypt is projected to become one of the Middle East’s leading economies by 2030, rivaling those of Turkey or Qatar.

“If Qatar was able to land the 2022 World Cup, then Egypt, with its long history and growing economy – shouldn’t be far off hosting international events like the Olympics either,” Sadek argued.

Shortly after Sobhy took office as sports minister in July 2018, he announced his intention to bring both the 2030 World Cup and the 2032 Olympics to Egypt. While there is still time to bid for the 2030 World Cup, Brisbane has already been awarded the 2032 Summer Games. So now Sobhy’s plan is for Egypt to become the first-ever African host of the Olympics – four years later.

The South African associate professor at Hamad bin Khalifa University in Doha, who is an internationally recognized expert on major sporting event, didn’t go so far as to say an African bid would now be competing on a level playing field, but she did say that it is less tilted than it had been previously.

“African countries have had limited experience with bidding, but I think perhaps there’s more commitment to finally see that fifth ring fold by a city or country from Africa,” she added.

One thing Egypt is not short on is determination to host the Olympics – having bid for the Games on four previous occasions. Alexandria lost three of those bids – for the 1916 Games, which were canceled due to World War I, for the 1936 Games, which went to Berlin, while Tokyo got the nod for the 1940 Summer Olympics. Cairo’s unsuccessful bid came in 2008, when it didn’t even make the shortlist.

The only other African bid came from Cape Town for the 2004 Summer Game, which went to Athens.

However, in recent years, Egypt has demonstrated that it is more than capable of hosting major international sporting events. In 2017 and 2021, Cairo hosted the World Championships in modern pentathlon. It has hosted the Africa Cup of Nations four times, most recently in 2019. Early last year, Egypt hosted the Handball World Cup – despite the coronavirus pandemic – and now Cairo is gearing up to host next summer’s World Fencing Championships. 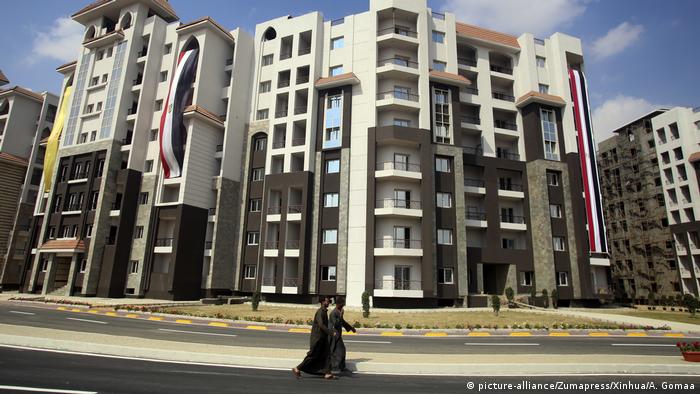 Egypts new capital is to be home to 6.5 million residents

The government’s aim is to host the 2036 Summer Olympics in the country’s new administrative capital, a $45 billion (€39.4 billion) project that has been under construction since 2015. Chinese construction companies are leading the massive undertaking, located about 50 kilometers (30 miles) west of Cairo.

Eventually, the desert city, which still hasn’t been named, is to be home to 6.5 million people, and the first government ministries are already moving into their new offices. A large sports complex, the “International Olympic City,” is part of the project. An indoor arena with a capacity of 7,500 already exists – and was one of the venues that hosted the 2021 World Handball Championship. A 90,000-capacity stadium is under construction that would become the Olympic Stadium, should the Egyptian bid be successful.

President Abdel Fattah el-Sisi, who came to power in a military coup in 2013, pays regular visits to the massive construction site, which is part of what he never tires of touting as a “new era” in Egypt’s history. Becoming the first African city to host an Olympic Games – ideally with plenty of medals for Egyptian athletes – would be a fitting way to truly usher in this “new era” in the country’s history.

At the 2021 Games in Tokyo, karate fighter Feryal Abdelaziz became the first Egyptian woman to win an Olympic gold medal – part of the country’s best-ever haul at a Summer Games, which also included a silver and four bronze medals. 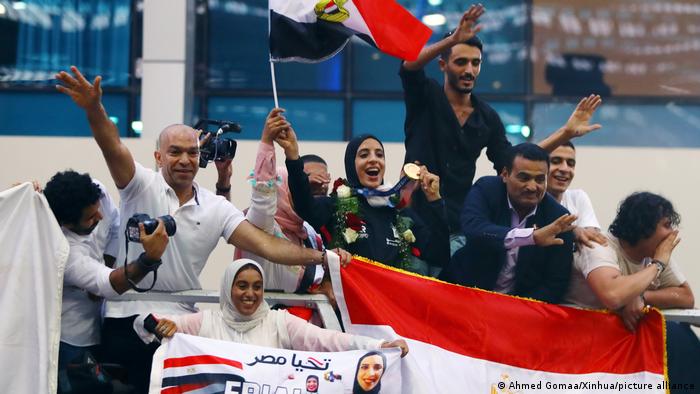 But in Sports Minister Sobhy’s view, there is still much room for improvement – especially given the fact that with 136 athletes, this was Egypt’s biggest-ever contingent at the Olympics. Now he has launched a program known as “Olympic Champions” to identify and develop possible future medal winners.

“Its results are promising,” Sobhy told Egypt’s “Daily News” newspaper. “And the fruits will be reaped during the Olympic participation 2024 and 2028.”

However, so far the president’s and sports minister’s enthusiasm doesn’t seem to have infected the general population – at least not yet.

“There is not yet much awareness of the Olympic bid because it is a long time until 2036,” said political scientist Said Sadek. “The issue has not been raised in the media or discussed controversially in public yet. Maybe that will change as we get closer to the event and the specific costs are also on the table.”

A stumbling block for Egypt’s bid to host the 2036 Games could be the human rights situation in the country, which has steadily deteriorated under President Al-Sisi, according to organizations like Human Rights Watch and Amnesty International.

“When I mention challenges, specifically in terms of Egypt, one that does come to mind, is human rights,” conceded sports scientist Swart-Arries. On the other hand, she said, she was always looking for ways to take “the positive out of these Games, so how do you use it as an opportunity to correct and try to address some of those concerns and challenges?”